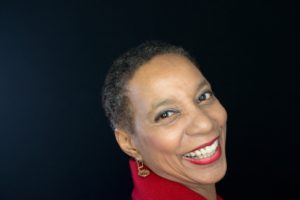 Dr. Hasna is a visual artist, writer, and educator whose work focuses on family, social justice, education, and the human condition. Her photography has been exhibited in various cities in the United States, and her writing has been published in Medium, Essence Magazine, at Sankofa.org, and in Crisis Magazine.  Hasna is also the creator of Crumb Navigation, a line of quotations about being and living well.

As an advocate for education as justice, Hasna provides professional preparation for executive leadership, diversity management, and community engagement for the purpose of diversifying educational and political leadership forces. Hasna is a 2018-2019 Schomburg Center for Research in Black Culture Fellow.

To see some of Hasna’s photography visit: www.birthmarkmedia.com.

To read some of Hasna’s writing visit: http://crumbnavigation.medium.com 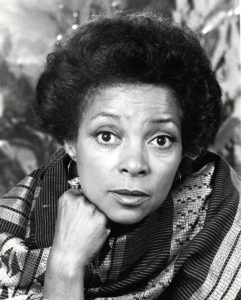 An acclaimed actor and author, Ruby Dee graced the stage and screen for more than seventy years. Although born in Cleveland, Ohio, Ms. Dee considered herself a product of Harlem, where she grew up and began her career as a member of the American Negro Theatre. She received her B.A. from Hunter College, and later studied acting with Paul Mann, Lloyd Richards, and Morris Carnovsky.

Some of her favorite roles on stage and screen included Lutiebelle in Purlie Victorious (written by her late husband, Ossie Davis); Ruth in A Raisin in the Sun; Lena in Boesman and Lena, for which she received an Obie and a Drama Desk award; and Mary Tyrone in A Long Day’s Journey Into Night, for which she received a Cable ACE award. Other notable credits include Anna Lucasta, Wedding Band, St. Lucy’s Eyes, The Jackie Robinson Story, Uptight (which she co-wrote), Buck and the Preacher, Countdown at Kusini (which she co-produced with Delta Sigma Theta sorority), Do The Right Thing, Jungle Fever, Peyton Place, Go Tell It on the Mountain, The Stand, Having Our Say, and American Gangster, for which she received a SAG award and an Oscar nomination. Other screen honors include a National Board of Review award (Raisin in the Sun, 1961) Emmy award (Decoration Day, 1991), and a New Zealand Film Award (Number Two, 2006).

Ms. Dee authored two children’s books, Tower to Heaven and Two Ways to Count to Ten; a book of poetry and short stories, My One Good Nerve (which she adapted into a solo performance piece); and With Ossie and Ruby: In This Life Together, a joint autobiography co-authored with her late husband (the audio version was awarded a Grammy in 2007). She also wrote or adapted several stage plays, including Take It From the Top, The Stepmother, Rosa Guy’s The Disappearance, and Zora is My Name, which was adapted for PBS’ American Playhouse series.

In 1988, Ms. Dee was inducted into the Theatre Hall of Fame. With Mr. Davis, she was inducted into the NAACP Image Award Hall of Fame, awarded the Silver Circle Award by the Academy of Television Arts and Science, the National Medal of Arts Award, and the Screen Actors Guild’s Lifetime Achievement Award. In December 2004, Ms. Dee and Mr. Davis were recipients of the John F. Kennedy Center Honors.